Ricardo Lorenzetti was designated member of the Colombian Academy of Jurisprudence

The justice of the Supreme Court of Argentina Ricardo Lorenzetti was incorporated to the Colombian Academy of Jurisprudence, an institution that was funded in 1894 and that brings together the most noticeable Colombian jurists.

The Academy, whose Committee of Candidacy accepted unanimously Lorenzetti’s membership, has among its essential objectives the defense of the State of law’s permanence, the exploration of sources in comparative law, in the reality of the country and in judicial science to guarantee the legitimacy of institutions. Other important goals are the preservation of democracy, the promotion of the study of law and the principles and values within the judicial community and the participation in debates that have inherence in the elaboration and interpretation of norms and jurisprudence.

He has dictated more than 1000 lectures around Argentina and abroad. 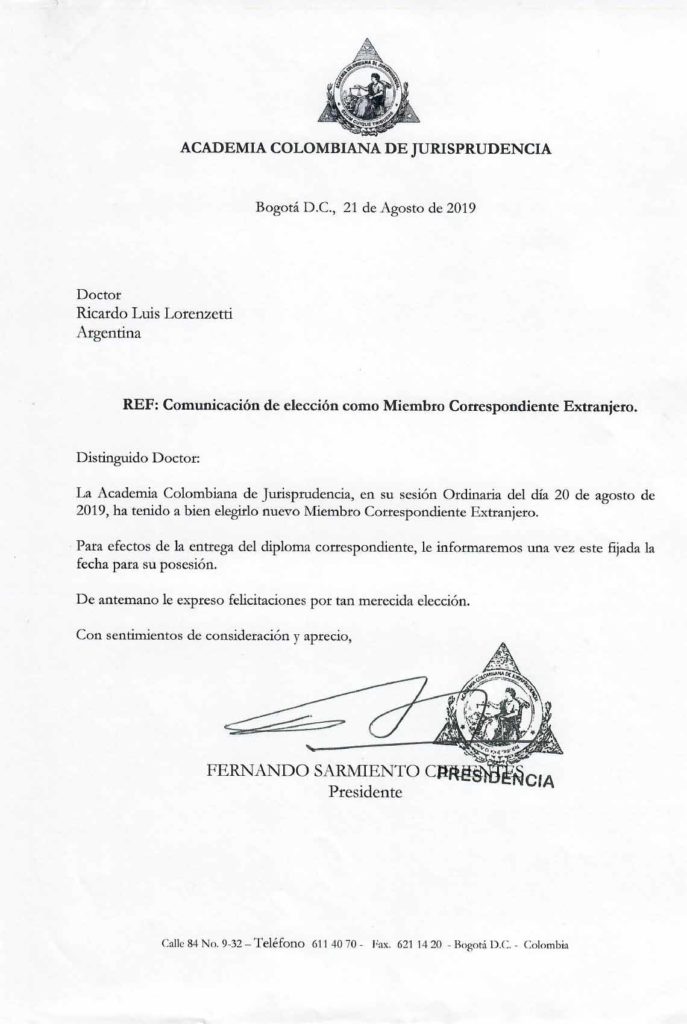