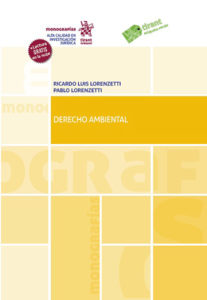 The environmental paradigm acts as an organizing principle of rhetorical, analytical and protective thought, which is linked to a systemic interaction and a holistic approach. Under these premises, coordination in the operation between the economic, social and natural systems and a communicability of the principles between Public and Private Law are being pursued. The goal is to address conflicts that usually arise in the social sphere, which includes public goods and those acts performed by the individual situated in collective action. In these cases, subjective rights are interpreted in such a way that they do not conspire against the integrity of such property. Within the relationship between property rights and the environment, an “environmental function” must be recognized, since the multiplicity of individual rights of the owners must be coordinated, oriented towards the preservation of collective goods. The environmental paradigm conceives nature as a collective good, scarce or in danger, and is willing to limit individual rights. Under this lens, the notion of the rule of law changes. The State of Environmental Law incorporates the collective variable and the protection of common goods as a central axis of public policies. In fact, legal instruments are being revised and institutes are being “environmentalized,” such as the theory of assets, civil liability and the judicial process, among others. It is intended to bring legal systems in tune with the rules of nature in order to achieve greater implementation of Environmental Law, a circumstance that will result in more effective protection for both present and future generations. 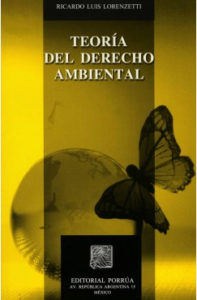 The legal history of the West was built on the basis of the protection of property and of the person, which left an indelible mark in numerous investigations, which lead to the application of that model of guardianship to a new area: the environment. Throughout this work, we try to demonstrate that this adaptation is incorrect because we are not in the presence of an analogous fact, but a completely different one. Therefore, it requires an appropriate theory … Environmental goods are not mere empirical facts that can be legislated, but they are part of a complex system that motivates its own regulations and classifying orders. All it takes is to observe the international treaties and national laws existing in the world on soils, seas, drinking water, glaciers, flora and fauna, pure air, global warming, species in extinction and others similar to appreciate the insufficiency of the analogy. (Fragment of the Preface).

This book is the result of an extensive investigation that emerged from the necessity of understanding how does law really works, which is not easy, even if it seems so. The analysis based on functioning is a whole new methodological definition, since it is important to conceive it as an instrument to solve problems. That is why we’ve dedicated ourselves to the study of the way in which judicial decisions are made, which include the ones that emerge from judges, the Legislative power, the Executive and also intermediate institutions that adjudicate goods. The fact that great judges, philosophers and numerous jurists from different countries have dedicated their efforts to this subject shows that it is of the utmost importance. (Fragment of the Introduction)