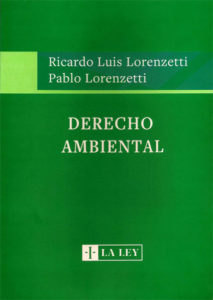 The environmental paradigm acts as an organizational principle of rhetorical, analytical and protective thinking, which is linked to systemic interactions and holistic approaches. Under these premises, a coordination in the operation between the economic, social and natural systems is pursued, as well as a communicability of the principles between Public and Private Law. The goal is to address conflicts that usually arise within the social sphere, which includes public goods and those acts performed by the individual located in the collective action. In these cases, subjective rights are interpreted in such a way that they do not conspire against the integrity of such goods. In the relationship between property rights and the environment, an “environmental function” must be recognized, since the multiplicity of individual rights of the owners must be coordinated, oriented towards the preservation of the collective good. The environmental paradigm conceives nature as a collective good, scarce or in danger, and is willing to limit individual rights. A change in the notion of the rule of law occurs under this approach. The State of Environmental Law incorporates the collective variable and the protection of common goods as a central axis of public policies. On the other hand, legal instruments are also subject to revision and institutes are “environmentalized” such as the theory of property, civil responsibility and the process, among others. It is intended to place the legal systems in tune with the rules of nature in order to achieve greater implementation of Environmental Law.